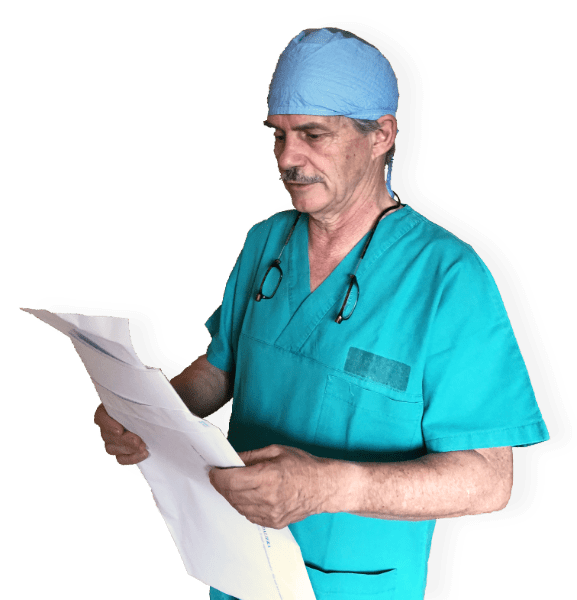 What is the diaphragm? The abdominal and thoracic (chest) cavities are separated by a muscle called the diaphragm.  This muscle is formed from various parts which during fetal development are joined together to form a single structure.

The diaphragm, besides having the function of separating the internal abdominal organs (stomach, intestine, spleen, liver) from those of the thorax (lungs and heart), has the very important function of emitting respiration.

The diaphragm at rest has the form of a dome.  When it contracts, it flattens and by lowering itself expands the lungs, which, as they enlarge, take in air (inspiration); conversely, when the diaphragm relaxes and assumes its original form of a dome, it compresses the lungs and forces them to empty themselves of air (expiration).

Crossing the diaphragm are the aorta and the esophagus, in their passage from the thorax to the abdomen.  Each of these structures passes the diaphragm through openings called aortic hiatus and diaphragmatic hiatus.

What is a hiatal hernia?

When the opening that permits the passage of the esophagus (esophageal hiatus) widens, the stomach can progressively bulge into the thorax (chest). This may be caused by the loosening of the ligaments that attach the esophagus to the walls of the abdominal cavity, creating an opening large enough to allow for the emergence of a hiatal hernia.

The hiatal hernia is a rather common condition and is generally of small dimensions, but in certain cases it may be large enough that the whole stomach, the spleen, or the colon may bulge into the thorax. 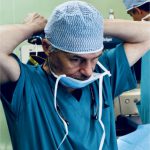 Specialist in general surgery and thoracic surgery
Contact Me

What are the causes?

Yet in order for these conditions to lead to a hiatal hernia, there must in the first place exist a constitutional weakness of the diaphragmatic musculature or a laxity of the ligaments that attach the stomach to the abdomen.

In this situation, the stomach or a portion thereof may slide upwards, pulling with it the spleen and a portion of the colon.

Hiatal hernias are classified according to whether or not the cardioesophageal junction (cardia) is moved:

What are the symptoms?

Most small hiatal hernias are asymptomatic. Gastroesophageal reflux is present only in some patients and is not always associated with a hiatal hernia. When the hernia begins to be larger, it causes disturbances owing to pressure on the intrathoracic organs (heart and lungs).

These symptoms include disturbances of cardiac rhythm, as well respiratory difficulties up to and including suffocation after a large meal (for hernias of larger dimensions).

More rarely there may occur gastric volvulus, that is, the torsion (twisting) of the stomach contained in the thorax, which, receiving a reduced amount of blood, suffers acutely. In certain cases there may even occur the extreme event of gastric necrosis, following upon the torsion, which requires the asportation of the entire stomach and its reconstruction using a jejunal loop.

How is it treated?

As with all hernias, the only treatment is surgical. And as in the case of many other pathologies, minimally invasive surgery or laparoscopy has taken the place of traditional surgical methods. The long thoracic and abdominal scars, necessitated by the surgical approach to the diaphragm but very painful, have been replaced with the 4-5 small incisions for the laparascope.

The operation consists in pushing the stomach and the other herniated viscera back into the abdomen, by the removal of the sac that surrounds the hernia and that sits behind the heart, in contact with the pleura and the pericardium.

The opening of the hernia must be closed, and to this end it may be stitched with non-absorbable suture, reinforced, in certain cases, by applying a mesh made of biocompatible material.

This use of mesh, which in in the case of all other hernias is a fundamental prerequisite for healing, is not unanimously supported in the case of hiatal hernias, on account of the complications which it can cause. Its employment, and the type of material used, must therefore be decided upon according to the particular circumstances and the patient may need to be informed.

Surgery for a hiatal hernia is very effective and provides immediate results which the patient will already be able to enjoy the day after the operation, especially if the hernia was associated with gastroesophageal reflux.

Patients sometimes experience, however, a certain difficulty in swallowing for about 30 days, and in any case all patients must undergo a semiliquid or creamy diet for about that length of time.

For 2-3 months it is absolutely prohibited for patients to engage in any violent physical exertion, which would risk reopening the diaphragmatic hiatus and causing a relapse of the hernia.